For the fourth time in the past three years, Richter Studios won the coveted Dolphin Trophy for film excellence in the beautiful city of Cannes, France. The 2019 Cannes Corporate Media & TV Awards were billed as its toughest festival ever, with over 950 films being submitted. After an initial round of judging, 206 films were shortlisted. Then a second round of judging narrowed the list of gold and silver dolphin trophy winners to 149 total. Among them, Chicago video production company Richter Studios won for the “Floating Gardens” film it created for the British International School of Chicago, Lincoln Park.

“I am so proud that Richter Studios has walked the red carpet at Cannes three separate times,” said Jeremy Richter, CEO of Richter Studios. “This event is the gold standard for corporate films and television worldwide and it was a great honor to see a Chicago video production company be recognized for cinematic excellence. Our creative team continues to reach higher and the view keeps getting better every year.” Valerie and Jeremy Richter on the red carpet at the 2019 Gala Event in Cannes, France. Jeremy Richter on the red carpet sharing a special message for his award-winning creative team.

The winning film for Richter Studios was called “Floating Gardens” and it was created for the British International School of Chicago (BISC), Lincoln Park. Richter Studios won the award in the Corporate Video category. The short film tells the story of how the school’s students are utilizing their STEAM-based skills to bring the biodiversity back to the “Wild Mile” portion of the Chicago River. Appearing in the film with BISC Lincoln Park was Urban Rivers, whose mile long project has been officially endorsed by the city of Chicago. Lucky Table #13 at the Award Gala Event, where Richter Studios and several of the world’s greatest production companies collectively won the most Dolphin trophies at the 2019 event.

“2019 has been a very special year for the creative team at Richter Studios,” stated Richter. “In total, we won nine creative awards for our body of work. The ‘Floating Gardens’ film also won the coveted Gold Trophy at the Deauville Green Awards this summer. It’s wonderful to see our commitment to creative excellence being rewarded on a worldwide scale.” 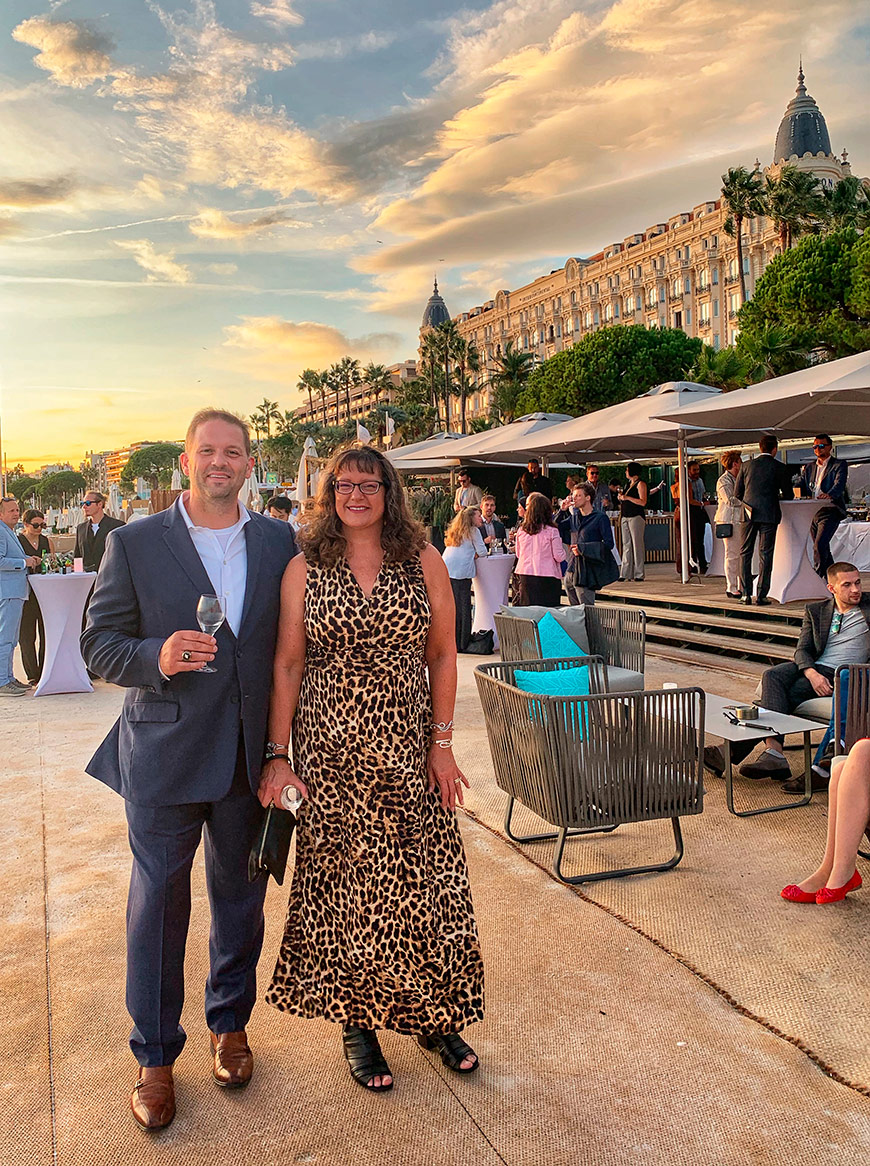 Jeremy and Valerie Richter enjoying a beautiful evening along the French Riviera for the Welcome Party Event. 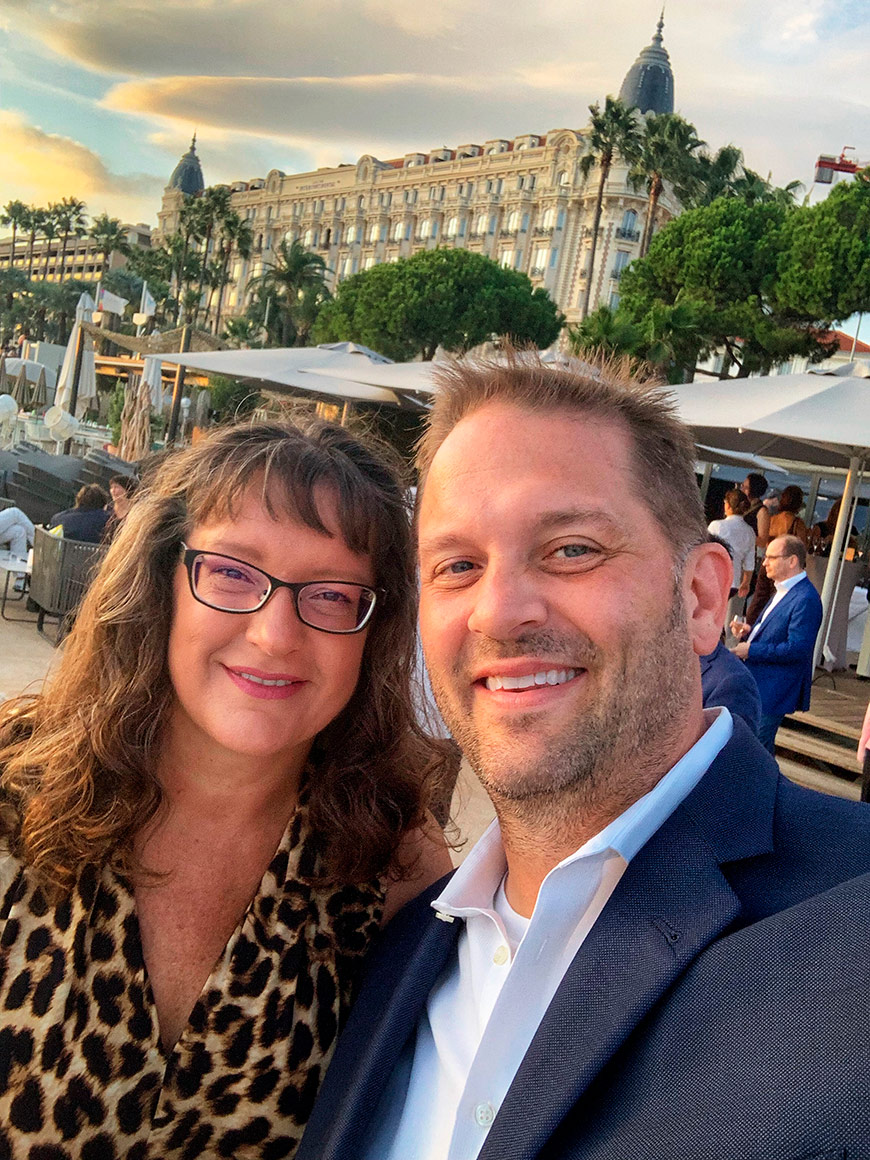 Jeremy and Valerie Richter at the Welcome Party Event. This effort joins an impressive list of education-related video productions championed by Richter Studios. The company has broad video production experience developing a wide range of corporate videos, explainer videos and brand films for the education industry. Included in its educational portfolio are productions for the College of American Pathologists, DeVry University, NCSBN, Saint Ignatius and UW-La Crosse, About Richter Studios
Richter Studios is a video production company based in Chicago’s gorgeous West Loop that has managed over 4,000 comprehensive productions, casted over 4,800 onscreen talent and created over 11,000 “films” over the past two decades. Widely regarded as pioneers in digital cinema, the company develops a diverse range of branded video content for its clients, including TV commercials, corporate videos, explainer videos, web videos and animations.  The company has won over 60 international awards, including the Cannes Corporate Media & TV Awards in 2016, 2017 and 2019; and the world-renowned German Design Award in 2018. Richter Studios has comprehensive experience filming up to 8K resolution and has coordinated many nationwide and global video productions for its clients, filming on location in over 48 states and 12 countries. To learn more about Richter Studios and its award-winning service offerings, please visit: www.richterstudios.com. After seeing the creation of 11,215 “films” over the past 22 years, the iconic Richter Studios action slate enjoys a lovely afternoon view of the French Riviera.

Below are additional behind-the-scenes photos from the events in Cannes, France. 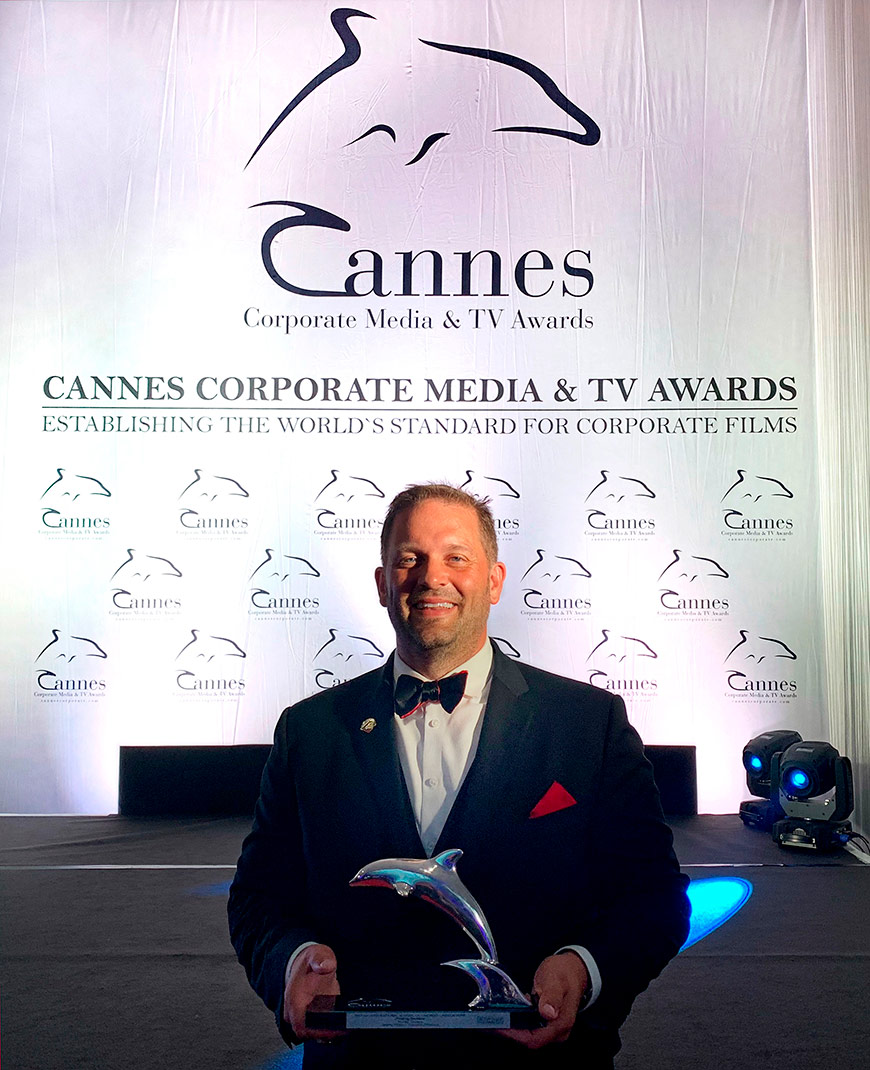 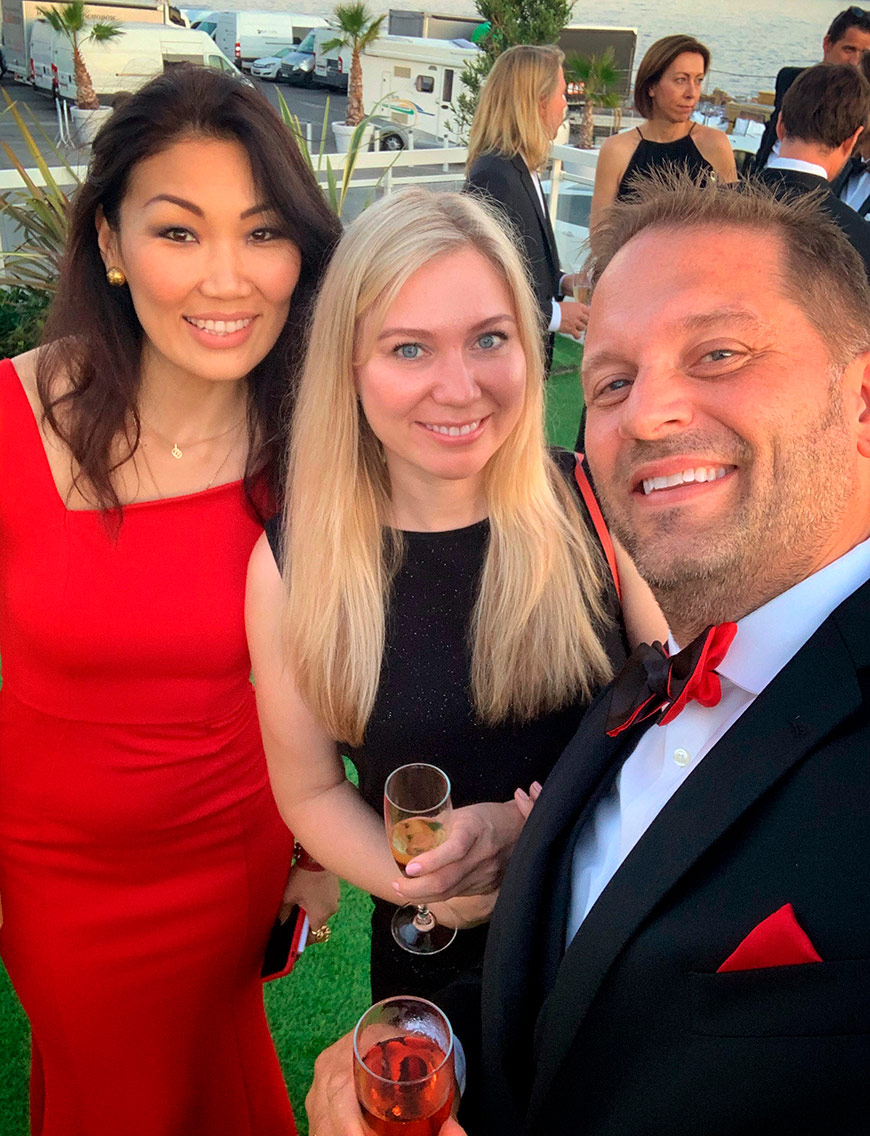 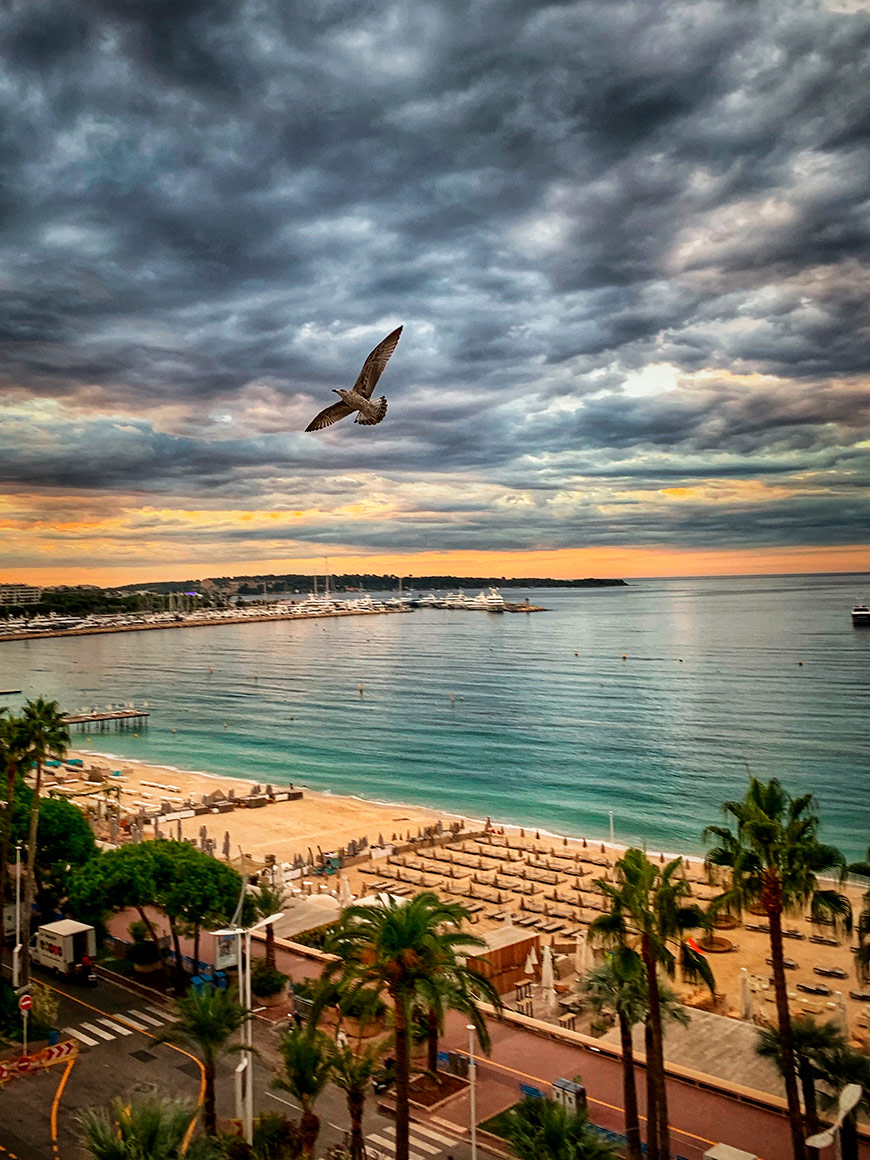 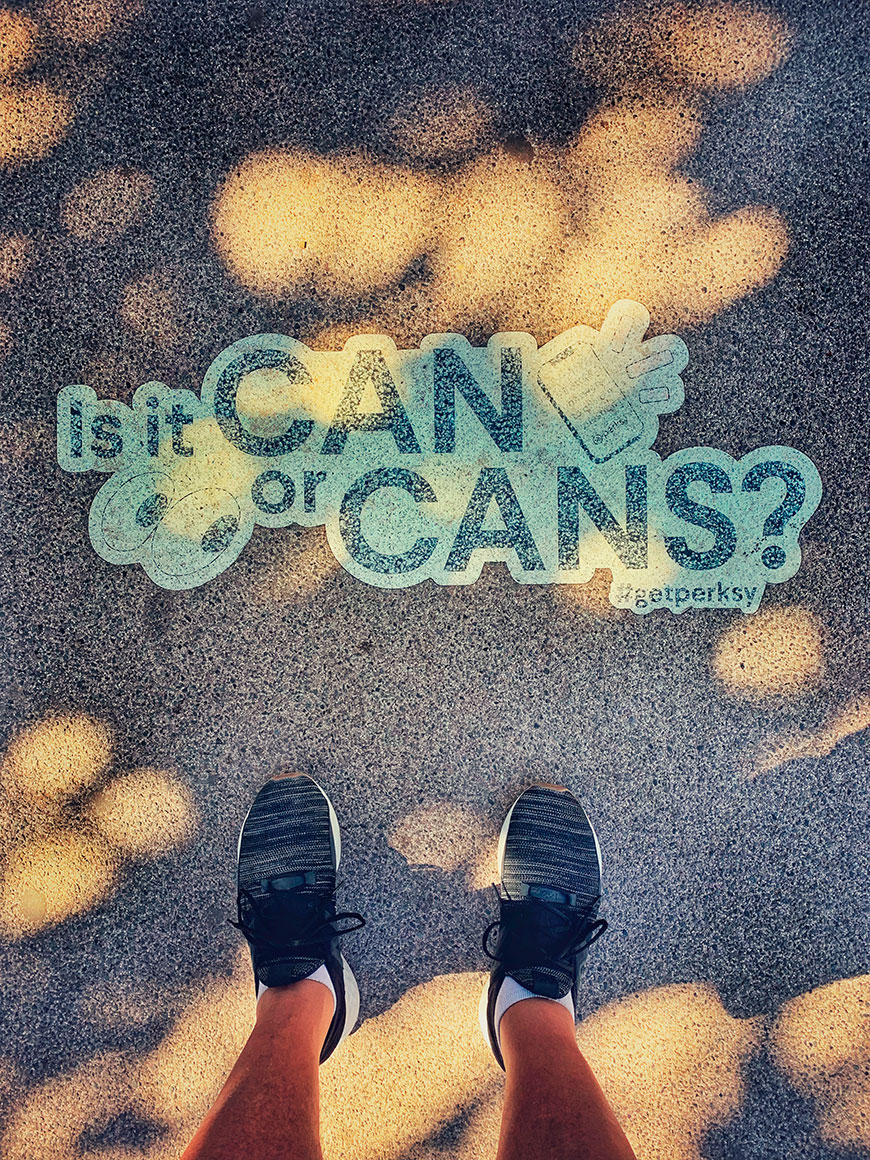 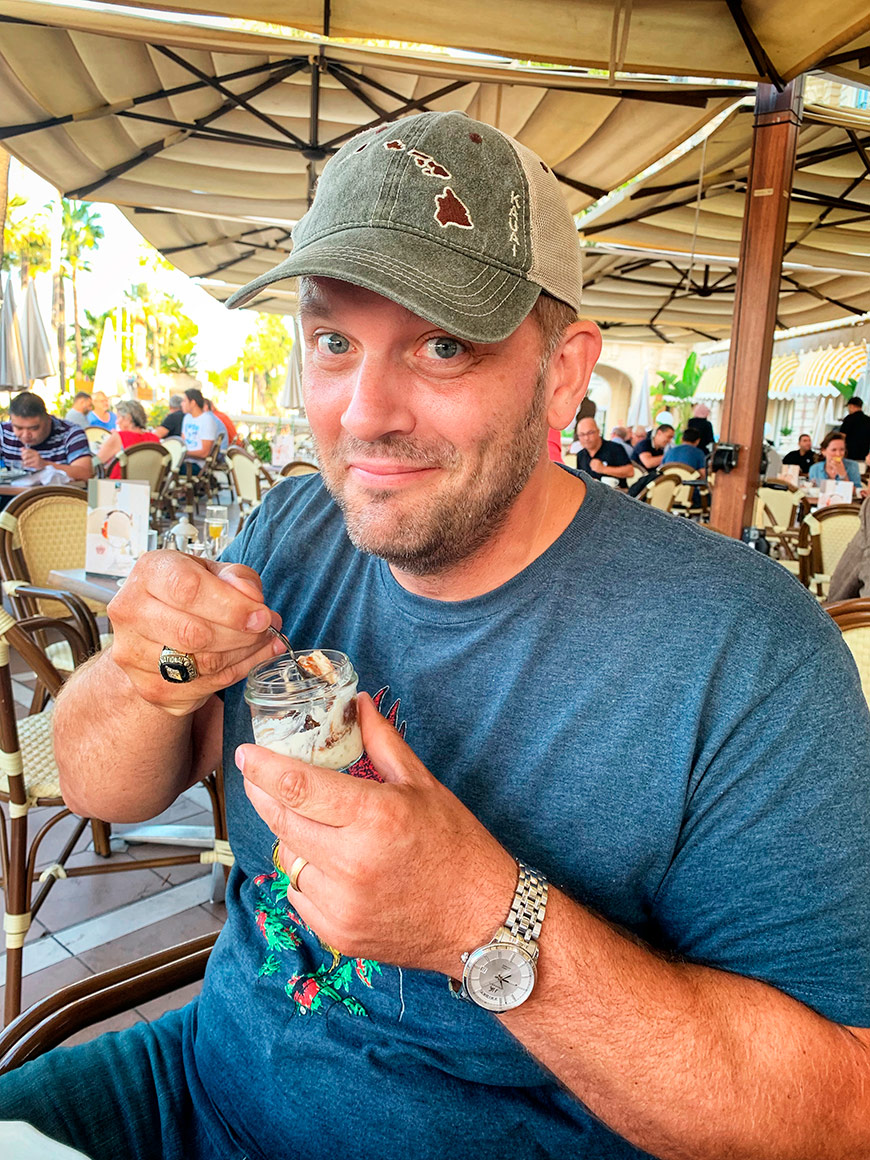