When two American icons came together to create the Tesla Model S for Kids by Radio Flyer, Chicago video production company Richter Studios was there to tell this unique story with an upbeat video that instantly went viral.

Since its founding in 1917, Radio Flyer has given wheels to kids’ imagination through its constantly evolving lines of high-quality wagons, scooters, racers, and other ride-on toys. Tesla Motors and its visionary CEO, Elon Musk, are pioneers in environmentally responsible electric cars and energy storage. Earlier this year, the two companies unveiled a kid-friendly version of the famous Model S, and Radio Flyer enlisted Richter Studios to craft a sophisticated rollout video.

“As Radio Flyer turns 100 next year, we can only imagine how proud its founder, Antonio Pasin, would be to see his company partner on a product launch that involved the most innovative car of the 21st century,” said Jeremy Richter, CEO of Richter Studios. “And we’re just as proud that Richter Studios was there to capture the magic.”

Video grabs global attention
Richter Studios’ creation promptly became the video seen around the world, amassing more than 700,000 views on YouTube in one day. Within a few days, coverage from CNN, BBC News, CNBC, ABC News, TIME magazine and numerous other outlets led to millions more views. Musk himself tweeted about the Model S for Kids, linking to an engadget.com story that featured the video.

This baby Model S really is quite fun https://t.co/40W5sS5bKI

Having created nearly 100 Radio Flyer videos, Richter Studios has a long-established relationship with the company—and a knack for working with pint-sized talent. “We’ve held casting calls for several hundred kids over the years,” Richter said. “On most days, Richter Studios is a production company, but on casting days for Radio Flyer, we’re practically a full-blown preschool.”

He continued, “The great thing about working with Radio Flyer is that kids make an immediate emotional attachment to their brand. They know they’re going to have fun with the product. So for us, the challenge mainly becomes how best to capture those signature moments and joyful expressions.” Because the Tesla Model S for kids is an astoundingly accurate mini-version of the real car, featuring working headlights, a premium paint finish, and FlightSpeed™ Lithium Ion battery technology, “We approached many frames like we would a high-end car commercial,” Richter said.

A Ronin on rollerblades
The client wanted blue skies and a summer feel to the video, so Richter Studios packed its bags and headed to Los Angeles for a three-day shoot that also included product still photography. In LA, the shoot took place in a park and a suburban home and included both a kid-sized and a full-sized Model S Tesla. “After meeting with the Radio Flyer team, it was obvious that we needed to make a ‘real’ car commercial specifically for kids,” said Joe Martinez, Jr., Director of Photography, who used a Canon C500 4K camera for the shoot. “That means energetic and fun shots featuring a lot of camera movement.”

Instead of a camera car, Martinez used a dolly and track in the park to create the feeling of moving with the mini-Tesla. For extra mobility in other shots, “I strapped on some rollerblades and followed the little drivers with the camera on a DJI Ronin stabilization rig,” he explained. Back in Chicago, the same scaled-down approach was used for the high-gloss car detail shots. “Instead of shooting in a giant studio, we chose a small art gallery in the West Loop that has immaculate white walls and shiny concrete floors,” Martinez said, “and lit the tiny car with a pared-down Fisher light we created.” Here, the team maximized mobility in a small space by using a slider instead of a dolly and tracks.

“By scaling down but keeping the aesthetics similar, we were able to create the feeling of a full-sized car commercial,” Martinez said. “That helped the kids envision themselves as tiny Tesla owners, which really was reflected in their expressions and movements.” A great creative partnership
“When we need to tell an important, complex story like this, we immediately turn to on our partnership with Richter Studios,” said Mary Kate Venturini, Marketing Manager at Radio Flyer. “Their nimble and effective work allowed us to quickly create the video by a critical deadline. All of that paid off when the video went viral to announce our innovative new product!”

“Richter Studios is in our 19th year of telling eloquent, effective marketing stories through digital cinema, and we’ve been fortunate to collaborate with a lot of wonderful brands,” Jeremy Richter added.

“Still, a project that involved both an iconic toy manufacturer and the most revolutionary car of this generation isn’t something I imagined would be in the cards. But that’s the beauty of keeping your eye on your craft and continuing to improve. If you keep at it, eventually you get to work with the game changers.” 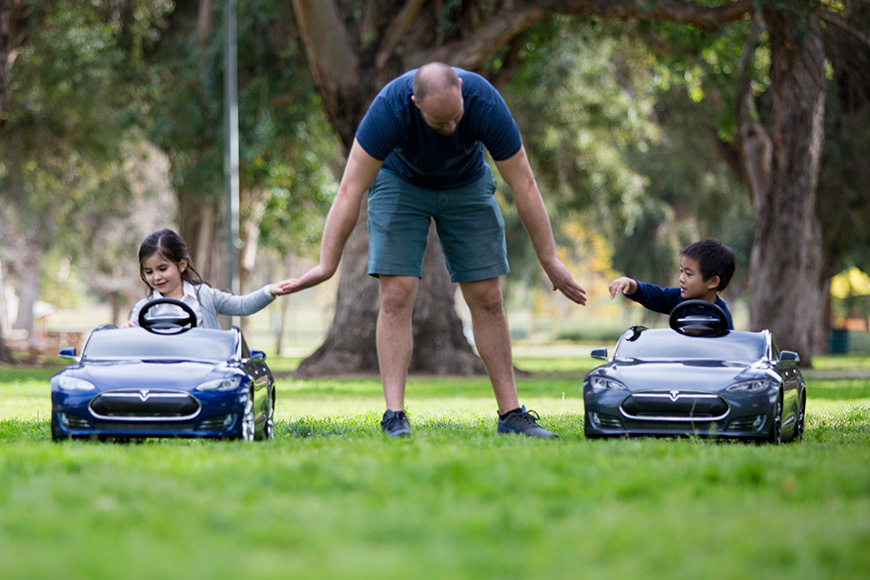 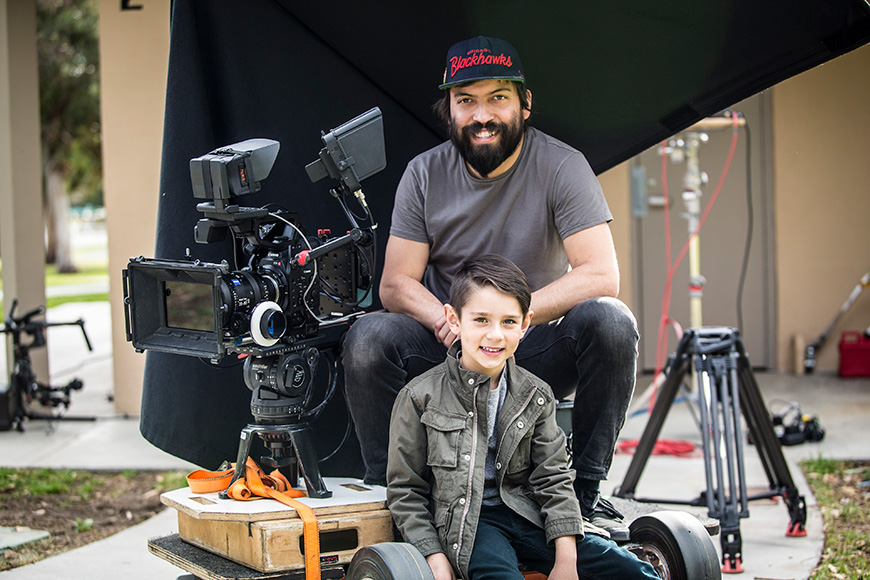 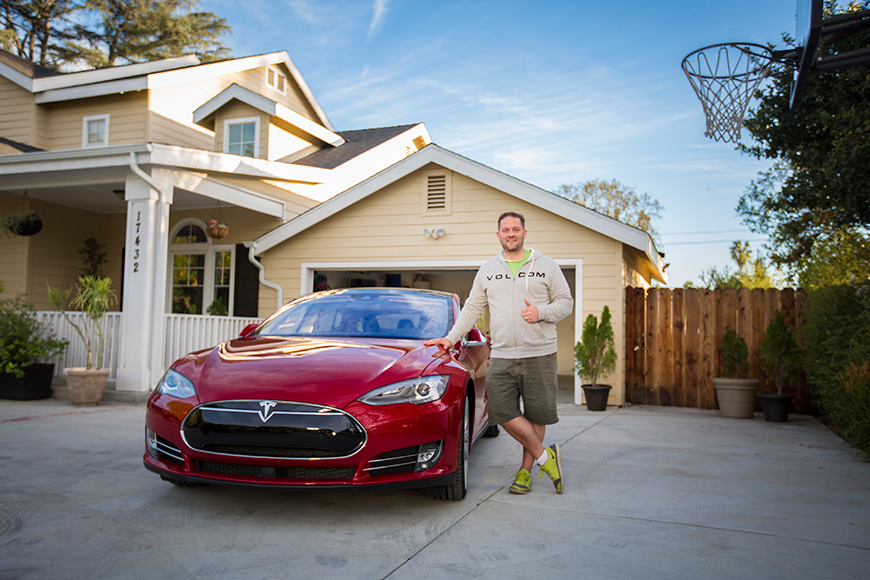