This fall, Richter Studios will be part of the Cannes Corporate Media and TV Awards Festival. The company has been notified it has won either the prestigious Gold, Silver or the Grand Prix Award and will find out which one when it is announced on October 13th at the Awards Gala in Cannes, France. The winning entry was a promo film for British International School of Chicago, Lincoln Park.

Having won over 50 video production awards is something that Richter Studios has always been particularly proud of but winning one from the prestigious Cannes Awards is a major accomplishment. It is one of the top festivals for corporate films worldwide and features well-known jury members who have won Emmy and Oscar awards. Out of almost 1,000 entries, Richter Studios is among the winners in the Corporate Video category.

“Being recognized by the Cannes Corporate Media & TV Awards is a lifetime achievement for the creative team at Richter Studios,” stated Jeremy Richter, CEO of Richter Studios. “It took 19 years to reach the level of production excellence featured in the promo film for British International School of Chicago, Lincoln Park and we are just thrilled to have won this coveted award from such a prestigious organization. The Richter Studios creative team can’t wait for the Awards Gala Dinner on October 13th to see which award we won.”

BISC Lincoln Park is the only premium, international private school in Chicago that focuses on the developmental years between Pre-Nursery to Grade 5 (ages 2 to 11), instilling a values-based education and flexible curriculum at an early age, so young students will not only thrive from a personalized learning experience, but also gain the social, academic, and global skills needed to succeed as the ambitious and well-prepared innovators of tomorrow.

BISC Lincoln Park is part of Hong Kong-based Nord Anglia Education (NAE), the world’s largest premium schools organization with 34,000 students between the ages of 2 to 18-years old in 42 international schools, boarding schools, and private schools in 15 countries around the world. BISC Lincoln Park was NAE’s first international school to open and operate in the Midwest.

“We collaborated with Jeremy and his team because our school felt that Richter Studios would be active partners with our staff, parents, and children, taking an open-minded approach to our production,” stated Mel Curtis, Principal of BISC Lincoln Park. “Jeremy’s team created a cogent video that celebrates our internationally minded learning-focused school, which will help us market the all-encompassing benefits of our campus to our community both locally and globally.”

The award-winning film featured students, parents and faculty, and was shot over three days in Lincoln Park (a neighborhood in the heart of Chicago). All footage was captured with a Canon EOS C500 4K Cinema Camera. The finished film can be viewed below: 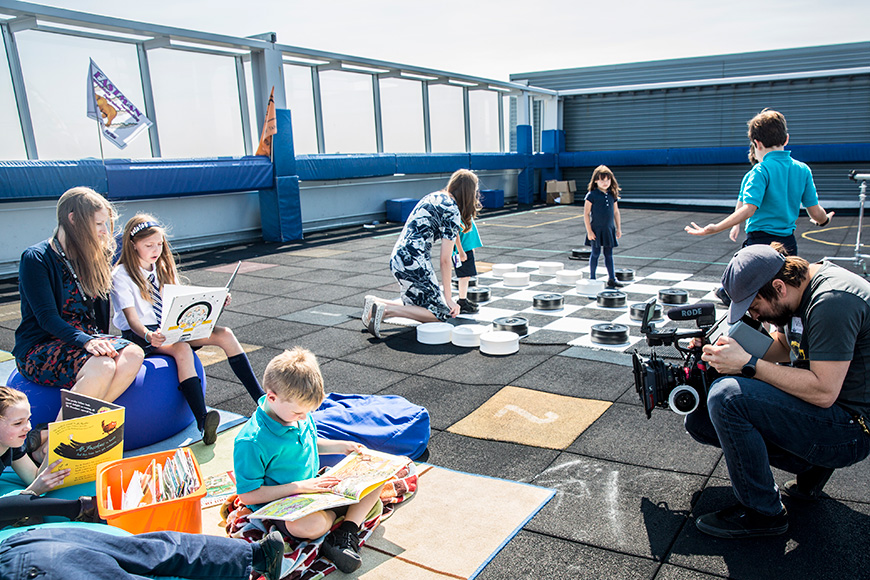