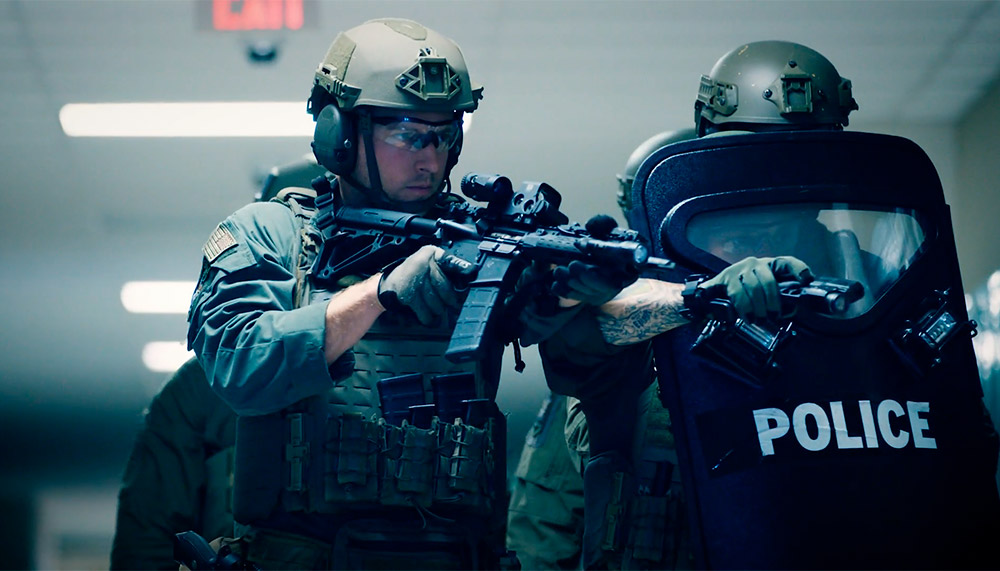 As part of a comprehensive fundraising campaign developed by strategic branding agency Gerard, Richter Studios shot and edited a unique live action film featuring the Metropolitan Emergency Response and Investigations Team (MERIT). Since it’s launch, the effort has raised over $1.6 Million toward purchasing critical equipment for the countywide talk force based in DuPage County.

“This was a fast-moving, ambitious production to work on but so incredibly gratifying for our creative team,” said Jeremy Richter, CEO of Richter Studios. “Gerard always has imaginative and dynamic productions to work on but this one was a cut above the rest. Logistically, this was a huge effort and Creative Director Patrick Schab pulled all this together in record time. From the amount of talent, the locations and the excellent storyelling, this was a very special effort. To see the incredible fundraising that has been achieved for this campaign so far makes this all the more special.”

The fundraising goal for the campaign was $1 Million, however, as of early March 2022, the total had reached $1,617,055. The donations were comprised of high net worth individuals, corporate sponsors, small businesses, communityi and peer-to-peer fundraising efforts. In addition to creating awareness around Merit with other police districts and within the community, the goal with the fund raised was to obtain two Lenco BearCAT SWAT vehicles and one Command vehicle.

As explained on MERIT Fundraising website, the organization “is a countywide task force charged with leading investigations into serious crimes, critical incidents and other law enforcement endeavors in Illinois’ DuPage County. As one of the only task forces of its kind in the nation, MERIT provides a single source for highly skilled, efficient and collaborative law enforcement for the express mutual benefit of every community we serve.” “I am so humbled to work with the MERIT team,” said Carolyn Gerard, Principal at Gerard Agency. This partnership between all the cities in DuPage County and the Sheriff Department is the only collaboration of its kind, and what they do to de-escalate situations and keep our community safe is truly remarkable. In my 29 years in business, this has been the most purposeful and rewarding initiative that we have worked on and I am so grateful for MERIT.”

About Richter Studios
Headquartered in Chicago’s beautiful North Shore, Richter Studios is a video production company that has managed nearly 4,500 comprehensive productions, casted over 5,000 onscreen talent and created over 12,000 “films” over the past 24 years. Widely regarded as pioneers in digital cinema, the company develops a diverse range of branded video content for its clients, including TV commercials, corporate videos, explainer videos, web videos and animations. The company has won over 75 international awards, including five separate times at the Cannes Corporate Media & TV Awards in southern France; in Normandy at the Deauville Green Awards and the world-renowned German Design Award in 2018. Richter Studios has comprehensive experience filming up to 8K resolution and has coordinated many nationwide and global video productions for its clients, filming on location in over 48 states and 12 countries. To learn more about Richter Studios and its award-winning service offerings, please visit: www.richterstudios.com.