A “Furious” Rise To The Top

Sometimes success can happen swiftly and with awesome force. However, oftentimes it takes years to achieve. For the crew at Richter Studios, it’s been a steady, persistent climb…with several unique experiences along the way. Working with megastar Ludacris has certainly been a career highlight like no other.

With the release of “Furious 7” this weekend – a film that appears destined to break a billion dollars at the box office – now seemed like a good time to tell the tale of how the creative team at Richter Studios spent a very memorable day with one of Hollywood’s best and brightest. First, let’s enjoy the official trailer for “Furious 7” for a few minutes:

Several years ago, a colleague of mine had stopped by the studio to talk shop while enjoying some spirits. At one point, I mentioned that things were going well and that I felt the need to pinch myself at the success we were having. He smiled and then replied, “That’s great to hear. Maybe now’s a good time to start giving back.” I tipped my glass at the sentiment and nothing more was said about it that day. The Stellas were flowing well that afternoon…

About a week later, I received a blind copied e-mail where – to my surprise – this same colleague was offering my services for free to a local charity. Basically, he suggested that Richter Studios had agreed to do some pro bono work for this charity and that they should get in touch with me. He didn’t even ask me before sending this e-mail!

In trying to get my hands around what had just happened, I gave my dear friend a call. “You know I love you….” was how I started the conversation. “But what did you just get me into?” I added. His reply was something I’ll never forget: “What I got you into is a whole lot of fun, my friend! You’ll see. Finding ways to help others is a Karma like no other. It’ll serve you well.”

So he sold me on it and, over the next three years, Richter Studios donated its services to National Runaway Safeline (NRS), a not-for-profit charity based in Chicago whose mission is to keep America’s runaway, homeless and at-risk youth safe and off the streets. We created several educational videos and commercials together spreading their message. What I didn’t expect was that one of them would go crazy-viral. To make a long story short, Nielsen ranked it as one of the Top 10 PSA’s (Public Service Announcements) of the year. When considering that there were, literally, tens of thousands of PSA’s being aired every year, we were stunned to learn it had finished in the top ten. Here’s the spot that achieved the coveted ranking:

Word on the success of the spot spread like wildfire and it wasn’t more than a few weeks later that I received a call from NRS asking if we wanted to do another commercial. We were, of course, excited to work with them again but had no idea what goodies it would come loaded with. As I soon discovered, they had a great relationship with Ludacris, who had promoted NRS in the music video for his Grammy award-winning single, “Runaway Love”. Here’s that outstanding piece:

About a month later, I had worked out the creative with NRS and Ludacris was to be filmed at our studio on the first day our doors opened at our new West Loop location. Not even joking when I say that the paint was still drying as he made his way into the studio. I don’t run a fast heartbeat often but, on this day, it was tough to keep my blood pressure in check. For a kid that grew up in Zion, IL and spent his youth listening to Run–D.M.C. and breakdancing on cardboard, this was a moment like no other.

Celebrities are a slippery slope and can often be difficult to work with at times. However, after I had the chance to meet with Ludacris for a few minutes, I was energized for a great shoot. He made everything so easy and was a joy to work with. The shoot lasted for about 3 hours and couldn’t have went any better. As it turned out, Luda’s flight was delayed for a few hours and he decided to hang with the Richter crew afterwards. We ended up playing several rounds of pool on our Brunswick Anniversary Table (circa 1945). Safe to say the atmosphere at our studio that night was electric!

With over 2,000 video productions under our belt, it’s not easy for the team at Richter Studios to remember all or even half of them. However, Chicago’s Premier Video Production Company has fond memories of the shoot which was a game-changer for us. With big smiles and best wishes, we hope Ludacris and the crew for “Furious 7” blaze a trail like no other.

Also, a special thanks to Tim Colleran, the gentleman who volunteered my services to NRS. He helped remind me that good Karma and a great work ethic can lead to a happy, prosperous life. 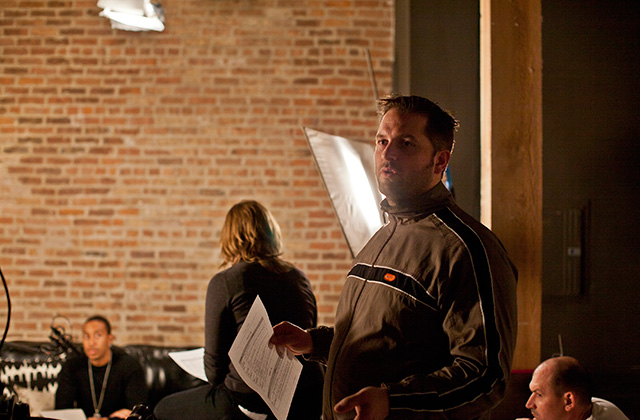 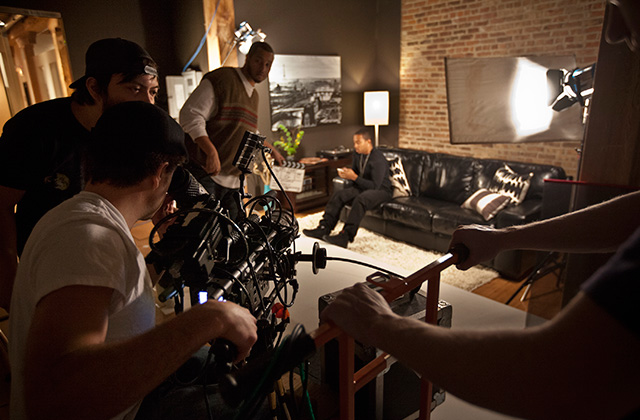 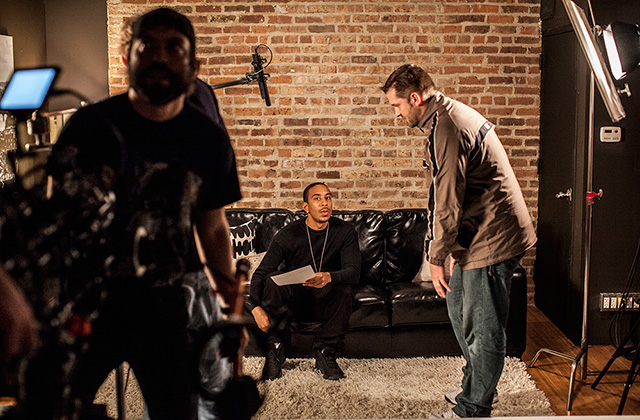 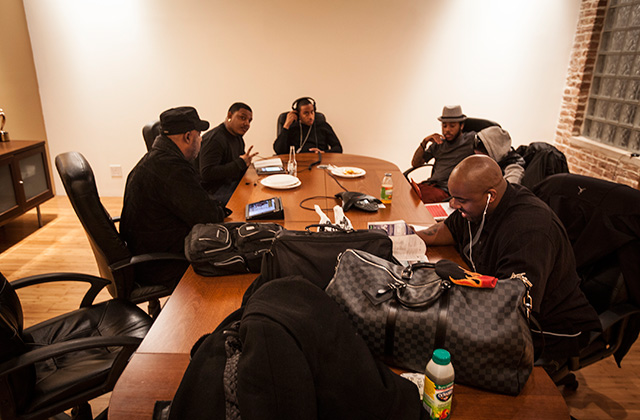